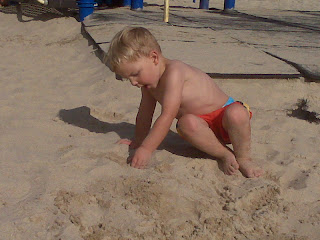 My son decided not to wear his swim shirt at the pool today. The shirt that covers his scars.

He hasn’t noticed them.Or if he has, he doesn’t think a thing of them.

He doesn’t know that his file at the hospital is thick. He lacks the delivery and surgery fears burned into his mother and father’s memories.

He just this week realized that his hands turn purple when he swims indoors while his sister’s don’t. He doesn’t know why. He doesn’t care.

I am enjoying these innocent days. Soon enough we’ll have to tell him.

And then he’ll be the one to decide who he tells. When. How. How well he’ll follow doctor’s orders. How much it will affect his life. And we will become advisors, not deciders.

For now, he plays.